Bank of Baroda (BoB) is one of the 5 largest banks in India, was founded on July 20, 1908, by the great Maharaja and visionary Gaekwad Baroda (Maharaja Sayajirao Gaekwad III) in the Principality of Baroda, Gujarat. On July 19, 1969, BoB, along with 13 other major commercial banks, was nationalized by the government of India.  Currently, Bank of Baroda is one of the leading banks in India with its headquarters in Mumbai and a network of more than 3,000 branches in the country. The Bank serves over 34 million customers worldwide. 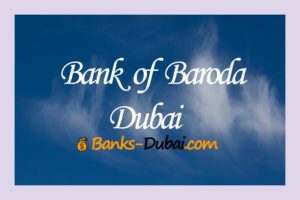 Abroad BoB is represented in 26 countries on 5 continents including in New York, London, Brussels, Hong Kong, Dubai, Singapore, Malaysia, and Australia, and has 17 retail branches in Guyana (South America), Botswana, Kenya, Tanzania, and Uganda. As of August 2010, the Bank had 78 branches abroad and plans to increase their number to 90 in 2011. In 2010, BoB opened a branch in Auckland (New Zealand) and 10 branches in the UK.

Baroda Bank and Manipal University have established the Beard school of Manipal Banking, which offers a Postgraduate in Banking & Finance from Manipal University. The duration of the department is only one year, after which successful graduates will join the Bank of Beard as management interns.