RAKBANK is the corporate name of the RAS al Khaimah national Bank open joint-stock company located in the Emirate of Ras al Khaimah in the UAE. The Board of Directors consists of members of the ruling family of the Emirate and businessmen from the UAE and Kuwait. 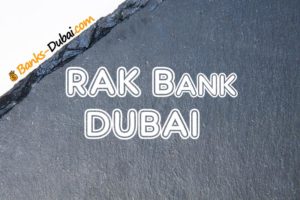 RAKBANK is a Bank in the UAE that serves private and corporate clients. As of the end of the first half of 2014, the Bank’s assets amounted to 34.5 billion dirhams. The Bank offers services to private clients, small and large enterprises in both traditional and Islamic formats. The Bank has a regional network of 34 branches in the UAE, and also supports mobile banking, telephone service, and online services.

In the ranking of the top 1000 Arab banks in 2014, published in FT Financial Publishing, RAKBANK ranked 1st among UAE banks in terms of ROA (return on assets) and 17th in the world.

The Bank was one of the few commercial banks in the UAE that reported an increase in profits in 2009. Due to the fact that in 2006 the Bank stopped lending to construction and design companies operating outside the Emirate of Ras al-Khaimah, the Bank was little affected by the changes occurring in these segments and was able to avoid the impact of the construction industry, working at that time on the construction of high-rise towers.

What is the swift code for hsbc singapore?